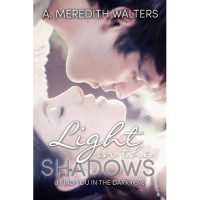 Reviewed For: Where the Night Kind Roam
Lets Get Romantical

Jessica Sorensen has quickly climbed the list to one of my favorite authors. She creates such in depth emotional characters. From the very prolog we are taken on one of the most emotional books I have read in a while. I swear I was almost crying from the prolog, I mean seriously who gets emotionally attached to the characters from a prolog, but it is IMPACTFUL!

Both Nova and Quinton about break my heart, the sadness and loss they both carry around just tears at your heart. Nova and Quinton are both characters that will pull at your heart strings and you’ll remember long after you’ve finished the book. In fact I’ve been thinking about these two since I finished the book about a week ago. While I was reading the book I didn’t want it to end, I saw the ending approaching and I was dreading it.

I’m not going to say a whole lot happens in this book, because not a ton does. This story is about the characters and their emotional journeys. Nova lost her dad at a young age, she was there when his heart gave out, that stayed with her. When she met Landon her new neighbor, he quickly became her best friend and then later her boyfriend. When he left her too, what was left of her heart was shattered and man can you feel it. Her pain is palpable, when she gets to college, things get a little better but come crashing around her when she goes home for the summer. At home, everything is too raw and fresh and she starts on a downward spiral.

Quinton, his pain if possible is worse than Nova’s. A year ago, he was a good guy with ambition and a drive to do well, he wanted to be an artist and to marry his girlfriend Lexi. **spoiler** Then an accident happened that killed Lexi, his cousin and…him… only Quinton was able to be revived. **end spoiler** Since that fateful night, Quinton has been doing his best to forget life and to slowly drown himself in alcohol and weed. The angst, oh the angst.. so good is this angst…

I’m not usually all about the angst, but with this book it was so very good. Nova and Quinton find in each other kindred spirits. Both are carrying around so much loss and heartbreak, as each spirals further out of control in each other they find some peace, but the guilt they carry around may destroy them both. Through the entire book you want these two to find the peace they both so desperately need. Nova and Quinton take you on this emotional rollercoaster that will have you in tears or close to it. There are certain aspects of this book that I really identified with. **spoiler** having lost three friends from suicide I could really identify with the thoughts that swirled around in Nova’s head when it came to Landon. The thoughts of were there signs? Was there something you could have done to save them? Why didn’t they love everyone enough to stay? **end spoiler**

The only thing I didn’t adore was the constant references to smoking, it gets to the point, where you are like ok, I get it, they are all pot heads. LOL! At times it was over emphasized but the rest is so good, I could live with it. When you pick up this book and you definitely should, make sure you have your Kleenex handy!